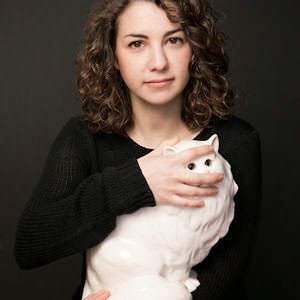 Kirsten Lepore is a young director and animator based in LA, with an MFA from CalArts. She was recently featured as a rising talent in Shots Magazine, Animation Magazine, Focus Features, and named one of the 50 most creative people of 2011 by Creativity Magazine. With a client list including MTV, Yo Gabba Gabba, Newsweek, Whole Foods, Toyota, Facebook, Nickelodeon, Nestle, and Glamour Magazine, her work has been featured on TV, the web, and at various international film festivals

Animated on location at a beach, in snow, and underwater, the stop-motion short, on show at John Lewis Solihull, details  a transoceanic conversation between two characters via objects in a bottle.

Watch the making of the film here: http://www.youtube.com/watch?v=HkgJ6R0S_H8

Tim Southall is a painter and printmaker, who graduated at the Northumbria University and the Royal College of Art.

His favourite mediums are oil on canvas and paper, etchings and silkscreen, and most of his work is created at his studio in southern Spain. The London Print Studio and Birmingham Printmakers are his points of contact when in England.

As a figurative artist, his work is a response to the world around us, with a particular interest in both the urban and rural landscape. From the initial sketches and thoughts, his ideas then spread out into whatever medium seems best to transform them into a piece of art. All of his work is informed by drawing and a strong use of composition.

The artist is concerned with colour, fluidity and the vibrancy of the brushstrokes, expressed through the landscape. In screen pint, with its process of colour separation, he takes advantage of the opportunity to make more graphic works. In his etchings, where he uses the medium in a highly technical and traditional way, he explores his interest for history, satire, portraiture and other traditional artistic narratives.

Tim has exhibited in various national and European exhibitions, including the Royal Academy Summer Exhibition 2011, and also has works in various important collections, such as BP International, in Brussels, Northern Arts, Darlington Museums and Art Galleries, and Gateshead Libraries and Museum Services.

Works on show in the Art in Rure exhibition at John Lewis Solihull:

This exhibition has been organsied and curated by Bastian Contarian in collaboration with Solihull Fairtrade.

Part of the proceeds will be donated to Northleigh House School, in Hatton, a school for children who have been victims of bullying, and Solihull Fairtrade, who promote fair and ethical trading throughout the borough.

All images are copyright of Tim Southhall.

Born in Birmingham in 1967, Laura Adkins has always had a passion for writing and art. After her A Levels she took a foundation course at Bournville Art College, later going on to study graphics at Brighton.
Throughout the 90s, Laura worked as a designer, creating advertising, magazines and exhibition graphics and learning to use computer design software. She also worked as a marketing assistant and studied a Postgraduate Diploma in History of Art at the UCE (now Birmingham City University), before leaving employment in 2002 to look after her daughter.


During this time, she began to take various painting and life drawing classes at Solihull College (taught by Jan Gay RBSA) and creative writing at the Midlands Arts Centre. In 2006, she had a children's story published by Scholastic. Later going on to study an M. A. in illustration, with a view to becoming a children's book author/illustrator. And, although she later changed career course, she won the Macmillan Prize for her illustrations in 2009.
Feeling the need for a new expressive outlet, Laura joined a ceramics class, led by Stephanie Redfern RBSA, at Bournville School of Art, where she began experimenting with clay and acrylic paint to create mixed media works. This opened her mind to possibilities she had never considered before.
She also took up photography, successfully holding an exhibition of her work in 2010.
Since then Laura has been exhibiting and selling through galleries and art fairs across the Midlands.

Laura takes her inspiration from her surroundings, the natural world, landscapes, gardens, seaside locations and local history, exploring  textures and the passage of time, such as seasons, tides, day and night, and the effects of the elements on stone. Influenced by her background in illustration, she has a great passion for detail and narrative, often working from her own imagination.

Laura states: “I enjoy being inventive and combining clay modelling and other materials with acrylic paint. At times, I also work exclusively in acrylics or in ceramics, either for a change or to explore the medium. As well as being a pleasure in itself, photography plays an important part in my work. These photographic references help me to develop the ideas for each creative project"

You can view Laura's work in the Art in Rure showcase (on the top floor), at John Lewis Solihull. Other artists works can be seen in The Place to Eat Restaurant (floor 1) and in the television department on the basement floor.