Final Showing of Before I Die... 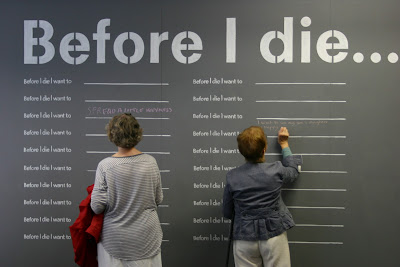 On 26th August 2012, Gallery150 will be presenting the final documentation of the ‘Before I Die...’ public participatory art project.

Since its launch at the gallery on 7th August, 300 people have come to leave their mark on the internationally renowned wall, started by Candy Chang in New Orleans.

The photographs of the participants, which were kindly sponsored by the London Camera Exchange, and their “Before I Die I Want to...” statements will be exhibited and presented to the public in a private view, held from 4 – 6 pm on Sunday. 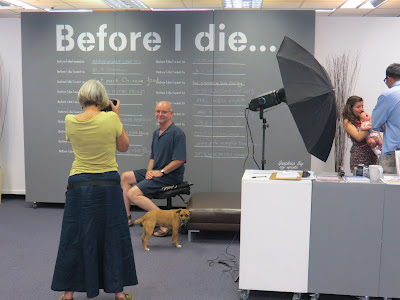 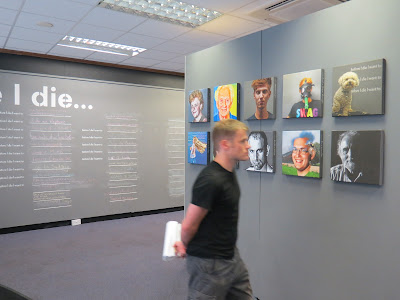 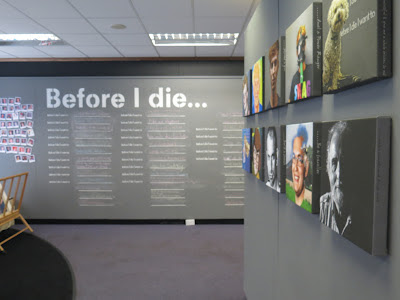 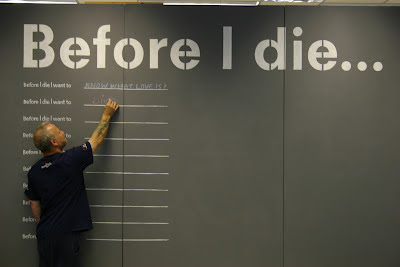 As part of the appeal to save the Horse of Tamar statue, which was damaged by metal thieves in February this year, local artist, Nicholas Logan, has created a work of art in a bid to raise money for the cause.

On hearing the news about the statue, the artist, who grew up in Solihull and acquired his BA (Hons) in Fine Art at the Glasgow School of Art, decided he wanted to help Solihull Council raise money to restore one of the borough’s few existing public art works.

“I have always found the Horse of Tamar inspiring and when I heard it had been damaged, I felt that it was my duty as an artist to do something to help save the statue and conserve a piece of Solihull’s heritage”, states Nicholas Logan.

The oil painting, which features a dramatic depiction of the borough’s iconic horse and trainer,Malvern Park, the Church of Saint Alphege and the River Blythe, will be unveiled at the Solihull Arts Complex on Thursday, 27 September at 6.00 pm. The original artwork, which will be on show at the complex for several months, is available for sale and the same painting will also be reproduced as a signed, limited edition series of 100 prints, with the proceeds donated to the Horse of Tamar restoration appeal.

Councillor Ken Meeson, Leader of Solihull Council, said: “I’d like to express my thanks to Nick Logan for his kind offer of donating the proceeds of the sale of this painting to our fund. The public have been very generous already with donations, which along with the sale of the painting, will take us some way towards our overall target of £15,000.”

The original oil painting costs £2000, whilst the limited edition prints, which are available unmounted, mounted, mounted and framed, cost from £80 to £180. If you are interested in purchasing the original or a print contact Sarah Silver of Bastian Contrarian, on            07971-022369      ; un-mounted prints can also be purchased at the Tourist Information Centre in the Solihull Arts Complex.

This initiative has been organised in collaboration with:

On Friday, 10th of August, on the back-drop of the 'Before I Die...' exhibition, the People’s Choice winner of the LSA 2012 Summer Show was announced at Gallery150, in Leamington.

Christina Callaghan came first and was awarded a cheque of £500 and a feature in the LSA magazine ‘Artspace’; Sonia Bubliatis, took second place, and celebrity painter Paul Oz came in third. They were closely followed by Paul Cheshire – whose work was recently featured in the BBC series, ‘Show me the Monet’ and who has also been selected for the Coventry Open 2012 at The Herbert Art Gallery & Museum – and Pam Smallshaw.
.
Visitor to the gallery, Angela Kandil, whose voting slip was drawn out of the hat, took home the limited edition print, ‘Not the Usual Suspects, by photographer James Callaghan.

This year, the popular LSA Summer Show, which featured over 100 works by 68 local and regional artists, attracted a good 2407 visitors.

On Friday 10th  August 2012, ‘The Gallery Trio’ will be rehearsing at Gallery 150 in Leamington Spa.

The trio's open rehearsals at the gallery are a rare meeting between the visual arts and music, providing the public with an opportunity to see the creative process of preparing music for performance. It also provides a chance for anyone interested in hiring the band for social functions to come and hear the music and have a chat in an informal atmosphere. The rehearsal, which will be held from 11.30am to 1.30pm, will be the trio's third performance at Gallery 150.